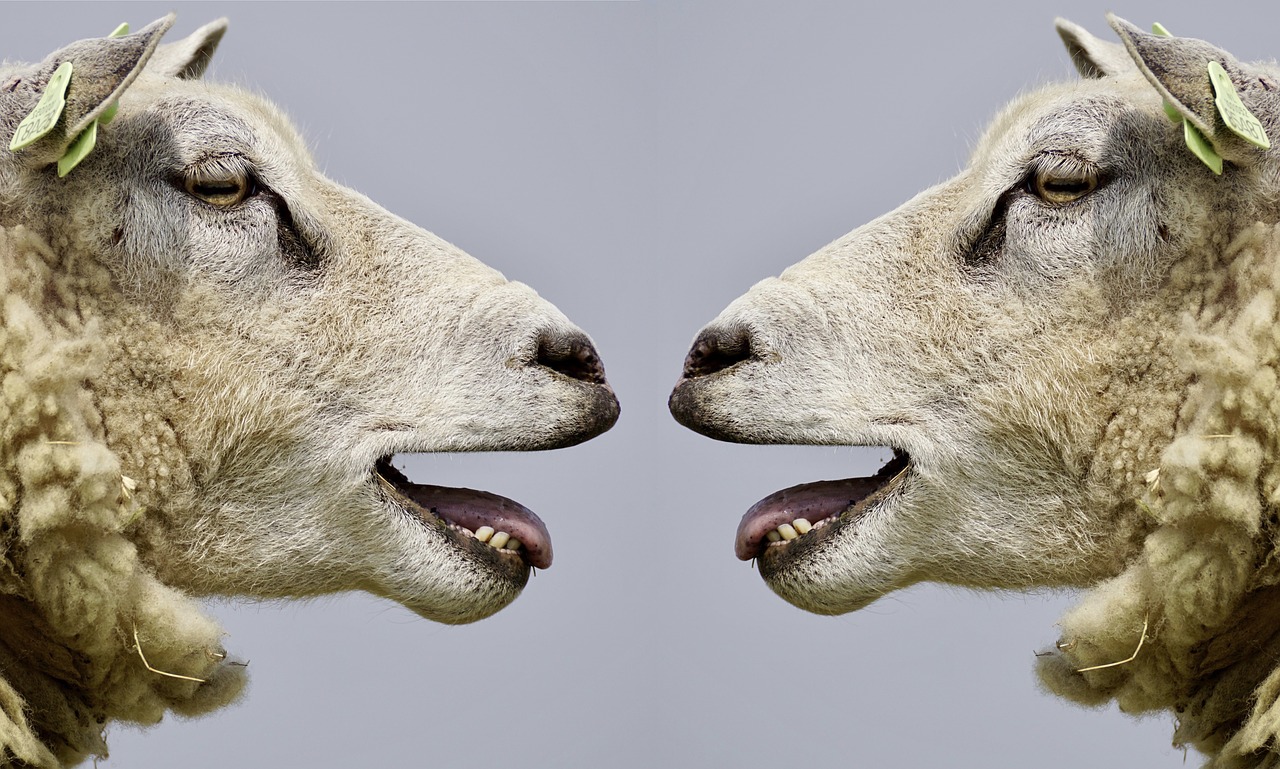 A lot of service providers have issues with self-confidence. They’re afraid if they “put themselves out there,” something they do, at some point, is going to come back and bite them.

Let’s zoom out on the current situation of the world and then we’ll come back in to deal with this.

At the moment, a select group of folks have been working overtime to make sure you and everyone you know becomes and remains a slave.

They’re doing a pretty good job. Look at the world!

The thing is, numbers are stacked against them. People are many, they are few.

So the only logical thing to do is to actually get people to impose the slavery on themselves.

So if you are one of these “players,” everyone outside your club is basically a nameless, faceless, SHEEP. You could use the word cattle, or better yet, chattel, but that doesn’t bring up the great imagery that the sheep metaphor does.

So we have a bunch of sheep who need to be taught to police each other and make sure no one gets out of the pen.

What better way to do that than to program those sheep with a script that actually directs each sheep to tear other sheep down who “get out of line.”

If you haven’t noticed, this is the current state of our reality. People have been trained to delight in the misfortune of others.

People have been trained to have an emotional response to seeing someone else “get what’s coming to them.”

You get a critical mass of sheeple doing this and your position in the “powers that be were” club is pretty secure. Who could mess with you? Everyone’s filled their to do lists with tearing other people down.

So let’s go back to our poor little service provider. We’ll call this being an Incomparable Expert in training.

This is the being who was raised seeing all of the sheep behavior and witnessing the delight certain members of the herd were trained to have in exchange for tearing someone else down.

What’s a service provider to do who actually wants to go out and make an impact?

Ignore the program. That’s what you do. Because it’s fake. It was put there to scare you to death and make sure you never go too close to your power.

The way you ignore the program is to move past the fear of “it” happening to you.

When “it” happens to you, you’ll realize nothing actually happened. You’ll see the sheep, you’ll hear the bleating, and you’ll notice you’re still alive.

And once you move past the fear, you’ll forever know the truth you were told was a lie.

“They” are not coming to get you. They just needed you to believe that because “they” are scared to death of you standing UP.